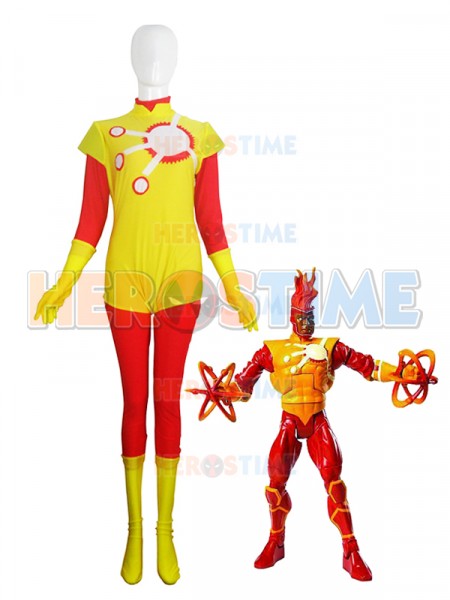 Showing 1 to 1 of 1 (1 Pages)
Firestorm is the name of several comic book superheroes published by DC Comics.
Ronnie Raymond and Martin Stein, the first Firestorm, debuted in Firestorm, the Nuclear Man No. 1,the third Firestorm, debuted in Firestorm vol. 3 No. 1.
He is distinguished amongst superheroes: he is not merely one being with superpowers/super-abilities/super gadgets (as most superheroes are, such as Superman and Batman), nor is he one being when human and another semi-distinct being in "super" mode (a la Captain Marvel or Etrigan). Firestorm instead is two normal human beings when non-powered, who then combine in "super" mode to form Firestorm.
We provide some styles of Firestorm Superhero Costume,tight and elastic,very cool and comfortable.just like the same as the images in comics.