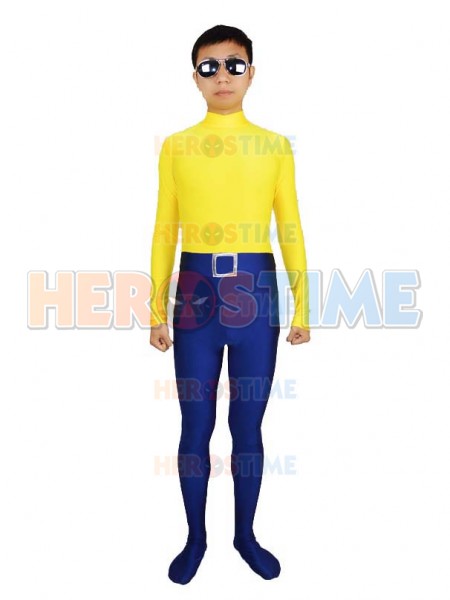 Showing 1 to 1 of 1 (1 Pages)
Alias the Spider was a fairly obscure comic book feature from the Golden Age of Comic Books
The Spider was playboy Tom Hallaway, who had tired of seeing criminals have their own way harassing and murdering honest citizens, so he adopted the guise of The Spider to settle the score. The Spider fought crime in a yellow shirt and blue shorts. He was armed with a bow and arrows, a special car known as the Black Widow, and the assistance of his valet Chuck. He also had a special arrow he called the "Spider's Seal", which had a flat disc on the end he shot at thugs' hands to disarm them.
we provide a cool The spider costume,elastic,tight and very comfortable.suitable for guys